[Sir] Syed Mohammad Fakhruddin [Khan Bahadur, 1868-1933] of Patna is credited to have the distinction of being the first Muslim Minister of Bihar and Orissa. His father Md. Ali of the village Dumri, near Patna, took special care of his quality education. Having imparted elementary education in Arabic, Persian, and Urdu in the village Maktab, Fakhruddin was put under the tutelage of Md. Yahya, advocate, a big rais of Patna, with deep interest in music and literature. Yahya was the husband of Rasheedun Nesa (1855-1926, the author of the Urdu novel, Islahun Nesa, 1881/94, and a pioneer of modern education to women in Patna)

Fakhruddin did his BA from the Patna College in 1891, and B.L. in 1893, and started court practice under the guidance of Yahya in the district court of Patna. He was also associated with the Bihar Provincial Association. Having earned good reputation as advocate he was elected member Bengal Council in 1910, which Fakhruddin quit after becoming the government pleader (1917-20) in the High Court of Patna, established in 1916-7. In 1921 he was elected member of the Bihar and Orissa Legislative Council, and he kept winning the elections till his death in 1933. Thus, during 1921-33 he also served as minister of education besides few other significant departments. His contribution as minister in pushing the cause of education is distinctive. His efforts towards promoting primary and secondary education are noteworthy. The Deputy Directors of Public Instruction were made to undertake tours of Bihar and open schools. Fakhruddin worked hard towards enhancing the budgetary allocation for education. He also made efforts towards charkha operation in the government schools but remained largely unsuccessful in that. He mobilized funds for construction of college buildings and hostels. He was passionate about it. Reconstruction of Patna’s BN College building and its three storeyed hostel, the imposing building of the Science College (Patna), two storyed hostel for the Science College, the Patna College Hostel (later became famous as Iqbal Hostel), two storeyed PostGraduate Hostel of Ranighat (Patna), Patna Training College are his creations. Besides, he also allocated fund for the buildings and hostels of the Muzaffarpur’s GBB (LS) College, Cuttack’s Ravenshaw College, Bhagalpur’s TNB Colllege, two big buildings for the Madrasa Shams-ul-Hoda, which was taken over by the government, and eight professors’ quarters in Ranighat (Patna) are also his creations. For the cause of Urdu, he set up a Madrasa Board in 1922.

#SirFakhruddin had also prepared an ambitious plan of converting the #PatnaUniversity in a big residential university for which he also influenced the #NathanCommittee to make favourable recommendations. #Patna #Bihar ##पटना #बिहार http://localhost/codeenddesign/sir-fakhruddin-1868-1933-an-educational-visionary-of-bihar/

Fakhruddin had also prepared an ambitious plan of converting the Patna University in a big residential university for which he also influenced the Nathan Committee to make favourable recommendations. This was to be established in the Phulwari Sharif. But it did not see the light of the day as a large number of the members of the Bihar and Orissa Legislative Council opposed it on the arguments that the campus will go far beyond the city; a member went on to allege that Fakhruddin was taking the University to the doors of his Pir. The Searchlight is said to have regretted this myopic opposition as the Bihar’s capital city was deprived of quality residential university.

He created and institutionalized Bihar Educational Service Class I, and went on talent hunt to recruit meritorious teachers for the Patna University. With these efforts he brought in Dr Gyan Chand as professor of Economics, Prof. Taraporewala (History), Prof. Jamuna Prasad (Psychology), Prof. Hill (English), Prof. Shiv Parvati Prasad (Physics). They were posted on handsome salaries. There used to be an insistence by the colonial regime to recruit only those candidates as Class I teachers who had obtained degrees from Europe. Prof. Nayyar Laeeq Ahmad (who later became Principal, Andheri College, Bombay), and Prof. Jadunath Sarkar were also recruited. Sir Fakhruddin resisted this racism, without much success at the time, even though it was diluted subsequently in 1940s when Prof. K K Datta (History, 1944) was taken in.

Sir Fakhruddin brought a bright professor of Law from BHU to make him Principal, Law College, and Prof. Boman Sanjana of Bombay was brought in the Civil Engineering.

In order to overcome the dearth of talented teachers he also instituted State Scholarship programme on which promising students of BA and MA were sent oxford and Cambridge for higher degrees and they had to return back to teach in the colleges of Patna University. Kishori Prasad Sinha, Fazlur Rahman, and Kalimuddin Ahmad for English literature; Ghanshyam Das for History, Balbhadra Prasad and Qamruddoja for Chemistry, Bhairavnath Rohtagi for Economics were few such luminaries. Sadly, with the death of Sir Fakhruddin this bright scheme also died.

The Bihar School of Engineering was upgraded to ‘College’ by him. He also established the Veterinary College of Patna and recruited many teachers from outside.

Besides education, he also held the portfolio of cooperative and he made it a movement of sorts, more particularly in Tirhut. He convened a conference of Cooperatives in Hajipur when Ahmad Husain (1886-1948), an Aligarh graduate of Muzaffarpur, was posted as SDO in Hajipur.

For all these unforgettable contributions, Dr Rajendra Prasad held him in very high esteem.

Sir Fakhruddin, a bearded, fair-skinned fellow was a devout practicing Muslim with punctualities of namaz. Sherwani, pajama, Turkish cap was his preferred dress. The masjid near the Patna Railway Junction was reconstructed by him by investing around Rs. 20-25 thousand, which is now the Jama Masjid of Patna; for long it was called ‘Sir Fakhruddin Masjid’. As a minister, he never used government quarters; rather he preferred to work from his own house in Patna, nor did he accept police protection. He was a good orator in both English and Urdu.

His sons- Azizul Haq was a renowned advocate of Patna High Court, Anisul Haq was Deputy Collector, Habibul Haq was in judicial services. 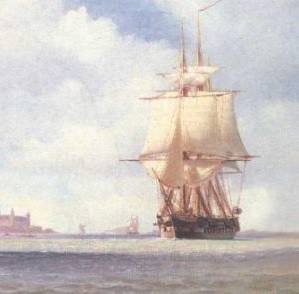