“For a woman to write and then to get it published was a revolutionary step in itself.”

Right from its outset the history of Urdu Novel writing is a story of novels written about women and their issues. Beginning with Maulvi Nazeer Ahmad’s Mirat-ul-Uroos, published in 1869, and its sequel Binat-un-Nash several early novels/stories were about the women, their education and social status.

The credit of this awakening among the Muslim writers to pen down the women issues and to camapign for their right to education should go to Sir William Muir. Muir in his address to the annual session of ‘Madarsatul-Uloom’, Aligarh in 1857 urged the Indian Muslims to follow their Egyptian counterparts in order to open the gates of modern education to the Muslim women. If this Urdu speech couldn’t persuade the Indian Muslims, cash rewards certainly did.

Following suggestion of Muir the British government announced an annual monetary reward for the Urdu books which promoted the idea of education among Muslim women. Apart from the novels by Nazir Ahmad Maulvi Karim-Uddin’s Tazkirah-un-Nisah, Muhammad Hussain Khan’s Tehzeeb-e-Niswan, and Muhammad Zaheer-Uddin Khan’s Ta’alim-i-Niswan were few other books which were awarded the cash prizes for promoting education among the Muslim women.

In 1869, when Mirat-ul-Uroos was published Rashid-un-Nisa was 16 years old. Though herself belonging to an educated elite family of Azimabad (now, Patna) the novel was an eyeopener. It made her ponder upon her own, as well as other women’s social status. Her brother, Imdad Imam Asar, was one of the tallest literary figures in Urdu literature. Rashid was aunt to Ali Imam and Hasan Imam. Married to Maulvi Mohammad Yahya, a person known for his literary taste, Rashid realized that as a woman she did not have access to education, literature and knowledge.

If we enquire closely we will find out that the women question during the 19th century, as well as early 20th century, intertwined with the questions of access to education and knowledge. Rashid-un-Nisa was no exception. In her opinion Hindu as well as Muslim women needed to have access to modern education.

It was Mirat-ul-Uroos which coaxed Rashid-un-Nisa into writing a novel on her own. She started writing the novel somewhere in 1880 and completed it within six months. Though the novel was written in 1881 she could not get it published until 1894.

To make readers aware of the taboo associated with a woman writing I would like to mention an anecdote from Rashid-un-Nisa. Nisar ‘Kubra’, one of the earliest Urdu women poets to have her book published, was the daughter of Rashid-un-Nisa. Famous Urdu poet Shad Azimabadi himself applauded her for her poetry. Once, while she was still very young, she wrote a masnavi. Some kid from the family took her notebook and showed it to a guest. The guest was none other than Abdul Ghafur Shahbaz, another famous Urdu critic. He appreciated the poetry of this young girl a lot. The portion which was compared to Maulvi Mir Hasan’s poetry was ;

Looking down towards the earth

In a weird state she entered the home

Busied herself in household chores)

Even though everyone was appreciating her own brother Ghulam Maula Mauhoom got furious. He came upto Rashid-un-Nisa and confronted her. He told her that girls could learn writing but that did not mean that they would be allowed to become ‘Sauda’ (a famous Urdu poet). The notebook was torn to pieces in front of Nisar and none of the women could say a word.

Imagine is such a time a woman was writing a novel and encouraging her daughter to write poetry. Just to dream that she could write would have been an achievement.

Rashid-un-Nisa wrote the novel Islah-un-Nisa in 1881 but had to wait till her son Barrister Sulaiman returned from England after getting a degree in Law. In 1894 when the novel was first published it did not have name of Rashid-un-Nisa as its author. Rather, which seems funny today, tragically author was mentioned as : Mother of Barrister Sulaiman, Daughter of Syed Wahiduddin Khan Bahadur and sister of Imdad Imam. Imagine, the first woman to get published in Urdu was not even allowed to mention her name on the book.

Rashid-un-Nisa did not forget to thank her own son in the introduction of the novel. She writes, “One advantage of Mohammad Sulaiman getting higher foreign education is that the book which was lying among waste papers for thirteen years now will be published. May Allah grant him success in his life.”

Rashid-un-Nisa was highly impressed by the writings of Maulvi Nazir Ahmad and believed that writings promoting the education among women would surely help the women. In Islah-un-Nisa she brings out a still relevant apprehension expressed by many that writing about education wouldn’t help anyone.

In the novel a woman Ladli asks another Ashraf-un-Nisa, “Yes, I know Maulvi Nazir Ahmad has also written such books. In Mirat-ul-Uroos he has written about Akbari and Asghari. So what ? Have all the women became Asghari ? Is there no Akbari Left ?” (Asghari during the story is the one who gets education while Akbari does not). To this Ashraf-un-Nisa replies, “If not all have become Asghari at least 75 out of 100 have. Now only 25 Akbari are left. Won’t we term it a success ?”

On the one hand she was really thankful to Nazir Ahmad that he created an awakening among women on the other she put her own writing at a pedestal higher. She argued that the writings of Nazir Ahmad had encouraged her but her own novel would inspire more women, since hers was a woman’s voice. She was writing from her own experience and women would relate to her more readily. Though she never underplayed the role of men writing about women, she was conscious enough that women need to have their own voice.

In order to compare Rashid-un-Nisa’s work with other authors of the time, or even later, we also need to keep in mind that she never attended any educational institution. She was taught at home and read the books of other male members of the family out of interest.

I would have loved to discuss the novel more but lack of print space does not allow me to do that.

Another glorious aspect of Rashid-un-Nisa is the fact that she was not an armchair intellectual. Apart from writing, she was an active educationist. In 1906 she established a girls’ school, ‘Madarsa Islamia’ (now known as Betia House). This school was one of the finest of the region where Muslims were taught Urdu and Hindus were taught in Hindi.

While we move forward in the 21st century, the struggle of Rashid-un-Nisa who penned down the first published Urdu novel is inspiring and worth reading. CONTRIBUTION OF ARABS TO THE FIELD OF GEOGRAPHY 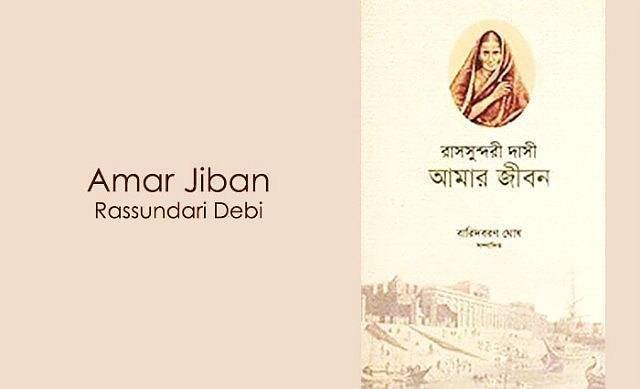 One thought on “Rashid-un-Nisa : The first woman Urdu novelist”