On 8th April 1929 Bomb explosion in Delhi Assembly Hall by shaheed Bhagat Singh and sh B K Dutt. Poster thrown soon after:issued by the party under the name of Balraj ( Azad . Commander- in- chief)..

“It takes a loud voice to make the deaf hear”, with these immortal words uttered on a similar occasion by Valliant, a French anarchist martyr, do we strongly justify this action of ours.

“Without repeating the humiliating history of the past ten years of the working of the Reforms (Montague-Chelmsford Reforms) and without mentioning the insults hurled at the Indian nation through this House-the so-called Indian Parliament- we want to point out that, while some people are expecting some more crumbs of reforms from the Simon Commission, and are ever quarrelling over the distribution of the expected bones, the Government is thrusting upon us new repressive measures like the Public Safety and the Trade Disputes Bill, while reserving the Press Sedition Bill for the next session.

The indiscriminate arrests of labour leaders working in the open field clearly indicate whither the wind blows.

“In these extremely provocative circumstances, the HINDUSTAN SOCIALIST REPUBLICAN ASSOCIATION, in all seriousness, realizing their full responsibility, had decided and ordered its army to do this particular action, so that a stop be put to this humiliating farce and to let the alien bureaucratic exploiters do what they wish, but they must be made to come before the public eye in their naked form.

“Let the representatives of the people return to their constituencies and prepare the masses for the coming revolution, and let the Government know that while protesting against the Public Safety and Trade Disputes Bills and the callous murder of Lala Lajpat Rai, on behalf of the helpless Indian masses, we want to emphasize the lesson often repeated by history, that it is easy to kill Individuals but you cannot kill the Ideas.

“We are sorry to admit that we who attach so great a sanctity to human life, we who dream of a glorious future, when man will be enjoying perfect peace and full liberty, have been forced to shed human blood. But the sacrifice to Individuals at the altar of the ‘Great Revolution’ that will bring freedom to all, rendering the exploitation of man by man impossible, is inevitable. 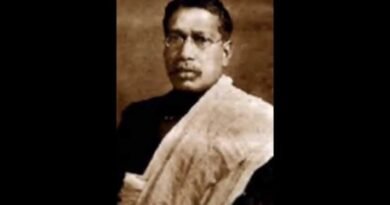