The defeat of Germany in the First World War had left the nation humiliated and its economy shattered. This provided an opportunity for a radical nationalist movement led by Adolf Hitler, who blamed the Jews for their defeat and was determined to expel every Jew from Germany and eventually beyond.

On September 1, 1939, the Nazi Germany invaded Poland. This attack unleashed the storm that had been gathering for nearly two decades. Within two months of Hitler becoming the German Chancellor, the first Nazi concentration camp was opened to exterminate the entire Jewish community.
As racism escalated and hatred intensified, the numbers of such prison camps were increased. Much of these camps were named “AUSCHWITZ”, located in the occupied Poland, witnessed heinous crimes in the name of research.

A doctor named Josef Mengele also known as “angel of death” performed series of barbaric and inhumane medical experiments on sets of identical twins, in an attempt to propagate a perfect “Aryan race”. Josef was a German Schutzstaffel (SS) officer and physician during World War II. He joined the Nazi Party in 1937 and was in charge of deciding who would live and who would die, of the people arriving at the Auschwitz camp. He worked on the twins to unlock the secret of twin birth, so that after the World War II, every German mother could have two German children instead of one. He also wanted to unlock the secret of how to engineer a race that looks more like “a master race”.

He was fascinated with eugenics, an idea where the population could be made more “perfect” through selective breeding of those who had the most desirable characteristics. It would also eliminate the undesirable traits by elimination of the weak and the feeble.

Josef researched on Eugenics, a practice or advocacy of improving the human species by selectively mating people with specific desirable hereditary traits. It aims to reduce human suffering by “breeding out” disease, disabilities and so-called undesirable characteristics from the human population.

This ambition of Mengele overrode all conscientious and sense of morality. Mengele had unlimited access twins subjects to research on, without any fear of getting in trouble if they died; no one to question Mengele on his inhumane act which broke all the moral values and shook the basic principle of medical ethics.

At Auschwitz, the twins were set aside in the special barracks, separated by gender and were tattooed with numbers on their arms. One among the two twins was kept as controls while the experiments were performed on the other twin. Every Monday, Wednesday and Friday the twins were made to march to a separate camp and kept naked for eight hours where Mengele measured every part of their bodies and compared those measurements with the other twin.

On Tuesdays, Thursdays and Saturdays, the twins were taken to a laboratory where thirty other kids were kept together in a room. They were made to sit with their arms stretched and tied to the arm rest of the chair. Here blood samples were collected from one arm while many chemicals were injected in their other arm. If one twin died, Mengele would mercilessly murder the other twin. Few of them were kept together in a wooden cage for days and one of the two would be injected with chemicals on their back. Many fell sick and died soon. Many were buried alive, killed or poisoned by gas and burnt. Around Three thousand twins were subjected to these ruthless experiments. Alex Dekel, a survivor, reports witnessing Mengele performing vivisection without anaesthesia, removing hearts and stomachs of victims. Yitzhak Ganon, another survivor, reported in 2009 how Mengele removed his kidney without anaesthesia. Witness Vera Alexander described how Mengele sewed two Romani twins together, back to back, in a crude attempt to create conjoined twins; both children died of gangrene after several days of suffering.

But, things didn’t go as planned for Mengele.
It was 1945, when the Nazi’s were on the brink of defeat, Josef Mengele fled; to escape his arrest and trials for his horrendous acts. During this time, only two hundred children were found alive and were rescued by the Russians. After Germany’s defeat, Josef escaped to South America. After several months on the run, including a trip back to the Soviet-occupied area to recover his Auschwitz records, Mengele eventually escaped from Germany on 17 April 1949 convinced that his capture would mean a trial and death sentence. He initially lived in and around Buenos Aires, where his wife refused to accompany him and filed for divorce in 1954. Josef then fled to Paraguay in 1959 and Brazil in 1960, all the while being sought by West Germany, Israel, and Nazi hunters such as Simon Wiesenthal, who wanted to bring him to trial. Failed attempts of his arrest, Josef Mengele was nowhere to be found.

Meanwhile, sightings of Josef Mengele were being reported all over the world. Wiesenthal claimed as late as 1985 that Mengele was still alive—six years after he had died—having previously offered a reward of US$ 100,000 in 1982 for the fugitive’s capture. Worldwide interest in the case was heightened by a mock trial held in Jerusalem in February 1985, featuring the testimonies of over one hundred victims of Mengele’s experiments. Shortly afterwards, the West German, Israeli, and U.S. governments launched a coordinated effort to determine Mengele’s whereabouts. The West German and Israeli governments offered rewards for his capture, as did The Washington Times and the Simon Wiesenthal Centre.

On 31 May 1985, acting on intelligence received by the West German prosecutor’s office, police raided the house of Hans Sedlmeier, a lifelong friend of Mengele. Under interrogation, they revealed that in the morning of February 7, 1979, Mengele was out swimming in Brazil where he suffered stroke and drowned and was later buried under a false name of Wolfgang Gerhard.

His remains were exhumed on 6 June 1985. Extensive forensic examination indicated with a high degree of probability that the body was indeed that of Josef Mengele. Rolf Mengele issued a statement on 10 June confirming that the body was his father’s, and he admitted that the news of his father’s death had been concealed in order to protect the people who had sheltered him for many years. In 1992, DNA testing confirmed Mengele’s identity beyond doubt.

Even though it was news of relief, but is still considered as an easy death for the Auschwitz survivors. 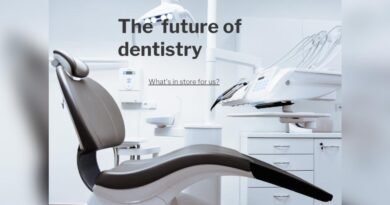 Dental caries vaccination – A revolution in the world of Dentistry. THE MEDICAL LEGACY OF THE SHATTUCK’S.