Mecca in the Kingdom of Saudi Arabia (KSA) is one of the two holiest cities for Muslims where millions of pilgrims from all over the world visit each year for either Hajj or Umrah (religious ceremonies).

The Hajj pilgrim to Mecca, Saudi Arabia makes one of the largest mass gatherings in the world and has a strong impact on the international public health.

Since there is a mass congregation of considerable large size, the health of the pilgrims becomes one of the primary goals for the government of the KSA who strive continuously, moving in par with the advancing medicine and the latest technologies.

Back in the 16th century, Mecca was conquered and became a part of the great Ottoman Empire, who never failed to provide a safe and secure transit for the Muslims travelling for Hajj.

During those times, the health and wellbeing of the pilgrims were their primary objective. Keeping that in mind they built a hospital named as the ‘OTTOMAN HOSPITAL’ in the early 1900s, making it the first hospital in the city of Mecca, dedicated for the treatment of the Hajj pilgrims. 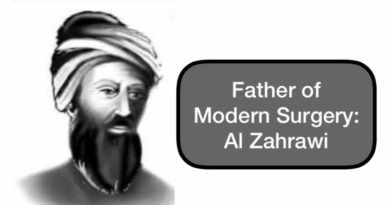 The Partition of Rooh Afza: